So far, Looking at the situation of things and efforts from one of the Nigerian political strategist, Asiwaju Bola Ahmed Tinubu, I think we can begin to think that “Bola Is Cuming.”

The crowds that often greet his campaign grounds are like out of this world. Most especially the recent campaign organized by APC women wing in Borno, Maiduguri. The crowd was so mammoth that one can begin to advice his contenders to go and double up.

In fact, there’s one of the contender who has abandoned his campaign programs for the religious venues. May be he believes that the votes from the Church will be enough to push him into Aso Rock. Anyway, time will tell.

Or should we advise the other contenders including Asiwaju to better be moving from Mosque to Mosque to Garner their votes as well. Abeg make we no start to dey make this election mata a religious kind biko.

But does Asiwaju Bola Ahmed Tinubu need religious appeal? It’s like he already know quite well that every votes count. He has in that regard appealed to all religious stakeholders as to why they all matter in his presidential aspiration.

Abeg make Asiwaju just they do am jeje as he don dey do am as we no want any religious palava.

The question be say with all these hurdles, how can you win Asiwaju?

Or make we dey think say all these hurdles go fall yakata on the day of election?

Some even think say when results begin to follow enter say Baba Emilokan will be struggling to win lagos, Oyo and Osun States. Another talk wey we even they hear be say that one wey they juncket from one religious house to another dey smart well well. Dem talk say e don dey cash out big time from his online followers and chest beaters.

This matter serious o!. Na election we wan do or na drama we dey do so?

Our prayer be say make the best candidate win. And if the best no be the best wey we want make God spirit enter am. 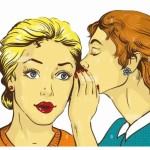 A Story of Self Efficacy: And Aishat goes to Leeds